Today we are inviting you for an interview with a local resident, nature enthusiast and owner of Igdlo Guesthouse, Ingimar Magnusson. Ingimar talked with Magdalena Golon-Guzek, about the post-pandemic world, Icelandic nature, fauna and flora and climate change.

Magdalena Golon-Guzek: I welcome you to the post-pandemic world.

Magdalena: One of the outcomes of the pandemic associated with the long international quarantine was the “new cities” in which the wildlife felt pretty comfortable. Pictures have been flashed around the world of monkeys bathing in open pools or bears visiting residential gardens. Lions were lounging on the golf course. Less popular, but equally interesting were the photos of plants overgrowing the city pavements.
Part of society was enthusiastic about it.
My question is: has global environmental awareness increased after the pandemic?

Ingimar: It seems so. Probably because we slowed down. It’s quieter and more peaceful. We have time to look around carefully, to think. Also because we don’t clean the streets as usual. Plants have a chance to grow. The streets are empty, so animals come into town.

Magdalena: I know you’re an expert in plants and animals, especially Icelandic. Your collection of books and albums is impressive. Why flora and fauna? There are no more interesting topics?

Ingimar: It’s all alive. The culture of a society is closely linked to nature. I started out as a farmer, cultivating the land. It’s always interested me. Biology, geography, history, life sciences. It’s all related to culture. Car mechanics don’t interest me much. We are part of nature. We are nature. Our feet leave a mark.

Magdalena: You paid special attention to native species. Why?

Ingimar: I have always been very attached to Icelandic nature. Also as a guide. I had to learn how to talk about nature to people from different countries. When I was going abroad, I was particularly curious about nature. I went to parks, to gardens, to all those places where I could experience how the landscape and nature changes depending on the country and the continent. As a gardener, you notice how some plants can be invasive. It may be beneficial or not. In any case, it has a huge impact on the environment, changes its character. Invasive plants can dominate native species, but also cover the black deserts, of which there are plenty in Iceland with greenery.

Magdalena: The Icelandic flora is very specific, I believe. Why is that?

Ingimar: We’re in the Arctic Circle. What grows here is Arctic plant species. They are very different from those in other parts of the world. The growing season is very short. Also, Arctic flora and fauna are moving north because of climate change. We need to know how to protect native species.

Magdalena: There are rumours that Iceland is a country of carnivores. Meanwhile, you reach down for lichen and encourage people to check how it tastes. 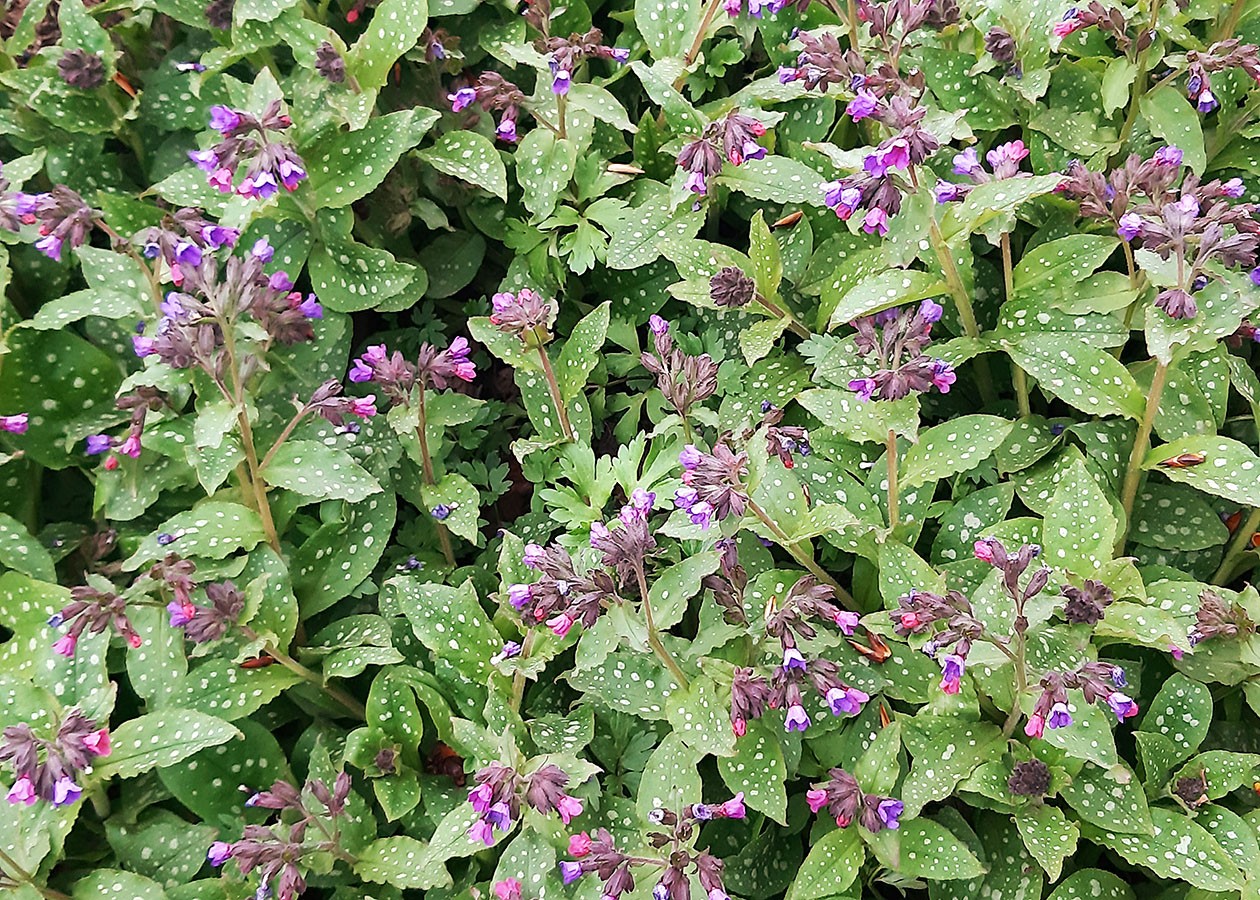 Ingimar: Because of the short growing season, it is very difficult to produce fruit and vegetables known in other, warmer regions of the world. There used to be only berries here. There were no other wild vegetables or fruit. Climatic factors had a significant impact on the cultivation of vegetables or fruit. Thankfully, there is an ocean that has kept us alive over the centuries. The climate has changed over the last 1200 years. It was warmer than it is now until the „little ice age”, which lasted between 1400 and 1850. This is why people needed animal proteins to stay alive. Our basic food was dried cod with homemade sheep’s milk butter. Hangikjöt, which is dried lamb was a festive dish. When the climate started to change in the last century, we could start thinking about growing fruit and vegetables. Our knowledge increases. Danish farmers teach us what we can grow and how to use geothermal energy. We have greenhouses today. We can cultivate vegetables and fruits. However, the costs are high. Bringing the construction and glass to the island to build large greenhouses is troublesome. As I said, we are the people of the ocean. Our ancestors spent six days a week in the ocean to get food. It’s a story about how the ocean formed our nation. It has been so since the Middle Ages and remains so today. When Iceland had a king (the king was a Dane), it sent huge amounts of dried fish into the world. Iceland, Norway and Denmark have formed a community of mutually supportive countries. The barter trade was flourishing. Icelanders sent meat, in return they received coffee, fruit, spices, and dill (very popular in those days).

Magdalena: Many people say that you were under Danish occupation. That wasn’t the case?

Ingimar: Well… Some people say so. Dominant families claim special rights to the island. In the old days, there were families, so-called “houses” that competed for power. They were causing conflicts. In fact, Denmark was not an occupant, but an ally. Anyway, the authority in those days had a symbolic meaning. The king was Danish, but in Iceland, someone else held power in his name. Back to the topic, the Danes appreciated our products and sent them to the world. They even claimed that only Icelanders can dry meat so well. We did not use salt as the Norwegians did. We had our own recipe. Wind, herbs and a specific climate. This translated into quality. 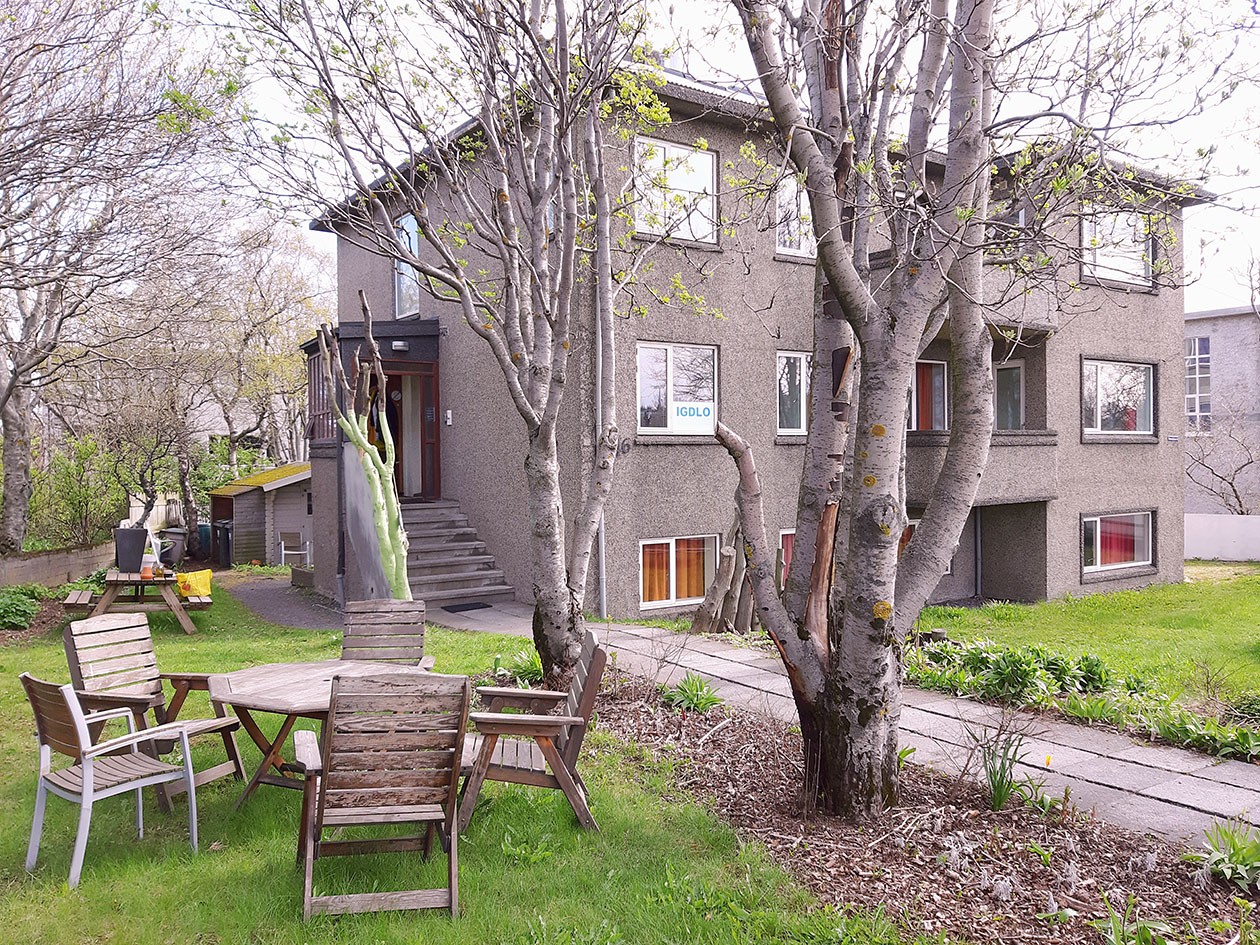 Magdalena: Your speciality is the vegetation in the city. Am I right?

Ingimar: It’s an interesting subject. How to grow plants in a place that is not suitable for this. We don’t have much space. You have to keep searching and figuring out how to deal with it. This is why green roofs and even green walls are made. Every space is worth using. There are more and more people in the city who have “green fingers”, the natural ability to grow plants and are able to grow them in the city centre. They help others to grow their own food. An interesting development is the small vegetable and fruit farming communities in the very centre of the city. 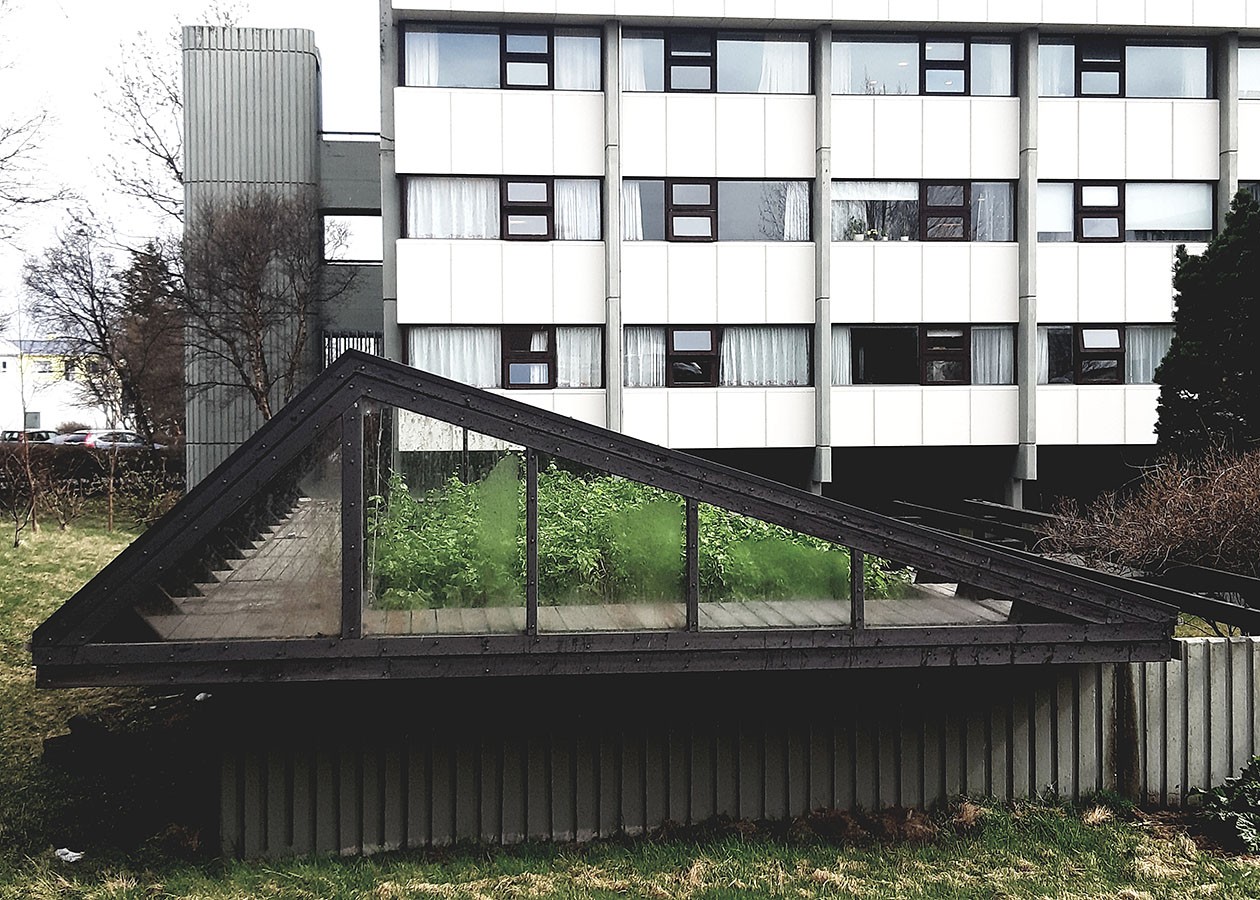 In Iceland, we have our own species of elderberry, the so-called red elderberry (Sambucus racemosa), from which sambuca alcohol is produced. It has a herbal aftertaste. It tastes a little different from Italian liqueur. Apple and sweet cherries also grow in greenhouses in Iceland. Tomatoes are a popular vegetable.

Magdalena: Together with your brother Fridrik, you run the Igdlo Guesthouse in the heart of Reykjavik. The place is characterized by a conscious and dedicated approach to the environment.
I was charmed by the idea of sharing food. There are fridges and cabinets where you can leave your food. You can take it from the cabinet or fridge as well. It’s a fair exchange of products. Nothing is wasted. 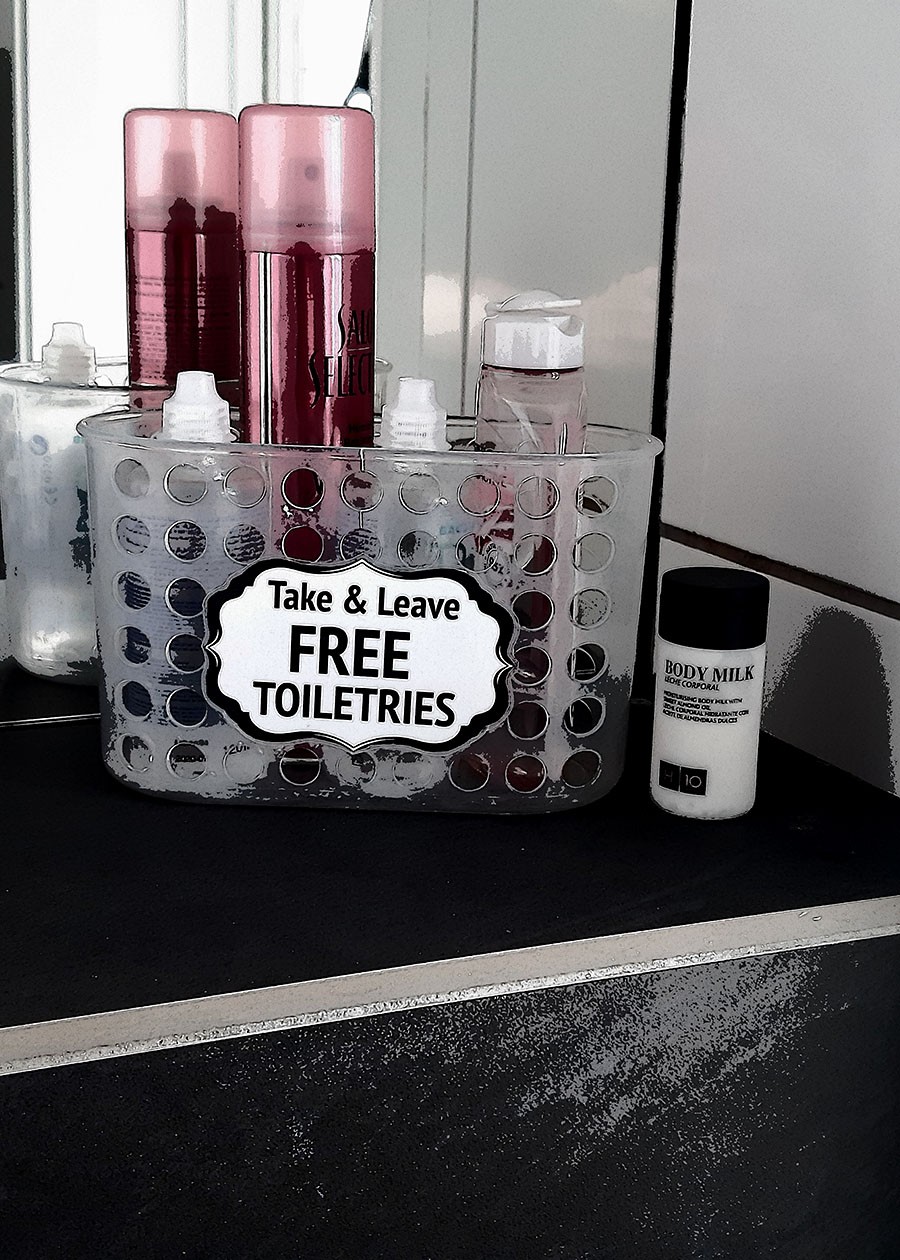 Similarly, in the bathrooms, guests can share their cosmetics. “Leave or take free cosmetics” – I found this in every bathroom. There are baskets and shelves for this purpose. Where did you get that idea?

Ingimar: The idea came to me slowly. I’ve travelled a lot. I saw something similar. I remembered the idea. I was wondering how to do that. Seven years ago we hosted a person from Australia. It turned out that she’s doing something like that in her country. We talked about it a lot. The idea clarified. There were more such exceptional people here. We had a wonderful time together. There were always great young people working in our guest house. They understood this need. We managed to implement an idea that seemed very innovative at the time. Today, it’s doing its job.

Magdalena: The plants around the Igdlo Guesthouse are carefully planted flowers and shrubs. There are rowan trees in front of the house. However, I’m particularly interested in the “devil’s cauldron” behind the house. What’s going on in there?

Ingimar: I had some ideas about what to do behind the house. Japanese garden with stones and pond or wild garden. I also tried to arrange a place for meditation. But the guests preferred to rest in front of the house. So that’s how it looks now. Colourful flowers and trees in front of the house, and at the back chaos and wild garden. I like the idea of a wild garden. I can observe how plants grow together, which are more invasive, how much space they occupy. All can grow freely. Some give space to other plants, which is clearly visible. Your question probably also applies to this device, which is used for composting waste. In Icelandic we call it “moltu tunna”. This is a new expression because the device is relatively new. In other words, “compost barrel”. It rotates on its own axis and has an air supply. Very practical in the city centre.

Magdalena: Thank you for talking to me, Ingimar. That was very interesting!