Yesterday, before the upcoming elections we had the opportunity to meet Iceland’s prime minister Bjarni Benediktsson.

Marta M. Niebieszczańska – What solutions does the Independence Party have to liberate the public from unclear rates and index-linked loans (verðtryggðum lánum)?

Bjarni Benediktsson – The Independence Party focuses on economic growth and stability, thus creating the basis for a sound currency and reasonable rates. We have strongly expressed our view that there is room and time to lower interest rates further and faster, but it is important to respect the Central Bank’s independence.

There is a wide variety of loans available, both index-linked and non-index-linked. Each has different pros and cons to different people. We have been successful in bringing down inflation, which is the best way of keeping repayments of index-linked loans at tolerable levels and one of the prerequisites for creating an economic environment that allows for lower interest rates.

Does the Independence Party intend to lower taxes (both direct and indirect taxes)?

Yes. Indeed, we are the only political party with a low-tax manifesto; the only party promising a comprehensive tax-cut policy, and the only party with the record to prove it. Our main initiatives in the next term will be to bring down the lower income tax (tekjuskattur) bracket from 37% down to 35%, as well as bringing down the payroll tax (tryggingagjald). This will make both individuals and companies better off, but will also offer economic encouragement at a time when the Icelandic economy shows some signs of cooling down and we know that major labour negotiations lie ahead.

In an interview for Sky NEWS in September, you talked about the last crisis in Iceland and you predicted a new one. Can you clarify what you mean by that? (Should we expect that crisis in the near future?)

I’m afraid my words were a bit misconstrued and more than a little was lost in translation. What I did say, was that humans make mistakes and that there would be another banking crisis sometime in the future. I was not speaking of Iceland specifically, but of the world financial system in general.
I would also like to underscore that although Iceland had a bad banking crisis in 2008, we have bounced spectacularly back in the last four years. And what’s more, I believe that Iceland is better prepared than most countries for any future financial troubles, both on a national level and in the banking sector.

How do you see Iceland in coming years?

I believe Iceland has incredible opportunities in the coming years, building on our recent successes, which make Iceland one of the best countries to live in, by most socio-economic indicators and yardsticks. We are an affluent, well-educated society; a young nation in any sense, with a no-nonsense approach to the tasks at hand, not afraid of hard work and willing to adapt to changing times.

We have abundant clean energy, vast renewable natural resources and a booming tourist industry. We are well placed, mid-way between Europe and America and we are within the EU inner market. The opportunities are endless. We intend to use them.

What solutions does the Independence Party have to solve the great housing problem that exists?

We have a plan for assisting people in buying their first home. This will include tax incentives and interest rate stimuli for special savings accounts for the initial down payment. We also want to ensure that people have a real choice on an active rental market.

The housing problem will not be solved without new, additional and more affordable housing. We will bring down building costs and take steps to increase the supply of building lots. We will also simplify the building code, in order to facilitate the building of smaller, more competitive housing.

The number of foreigners moving to Iceland for work continue to grow every month. There is a huge need for housing and often these people are living in very poor places and paying a fortune. Some are working without proper contracts and rights and are often forbidden to speak about their situation. The largest groups of such workers are from Eastern Europe, many from Poland.
Does the Independence Party have any plans to meet the needs of these people, for example with a change of laws, new laws or regulations?

We stress that our foreign workers from the EEA, immigrants and temporary labour alike, enjoy all the same rights and benefits as Icelanders do. We welcome and appreciate these workers, who are playing a major role in building a better Iceland. Not only because of their important work, but also because of their contribution to the community, making Iceland even more dynamic.

The Independence Party has put great importance to increasing the wages and purchasing power of the lowest-paid workers, as well as strengthening the social security net. We do recognise the special needs of the immigrant community and we aim to reach out to it and listen to its concerns to a greater extent.

We have launched a number of initiatives for integrating immigrants in Iceland, but we do realise that there will always be some hurdles, some substantial but hard to identify or quantify. The largest one is no doubt the language, which is why we have promoted and subsidised Icelandic courses for foreigners.

In the approaching elections, and before the last few elections, some parties and politicians have been leaning towards populism and xenophobia. What do you think about that and what is the policy of the Independence Party regarding this issue?

The Independence Party is a conservative party, based on mainstream European political philosophy and classical liberal values. It has been a mainstay of Icelandic politics from the day it was founded in 1929, resisting extremism of any kind and leading the unified democratic opposition to socialism and Soviet aggression during the Cold War.
We will forcefully and unequivocally oppose and condemn any xenophobia and populist tendencies, as we have done in the past.

In Europe, there is a big difference between countries regarding immigration policy – from relaxed to strict. Where on that spectrum would you like to place the Icelandic policy?

The Icelandic policy, our policy, is that we are for controlled immigration in accordance with our international treaties and obligations. That means that the gates to Iceland remain open to people from the EEA, i.e. the EU and the EFTA countries, who are free to come here to live and work. Immigration from other countries is more restricted, but we want to ensure that businesses can recruit talented people from around the world, universities can attract overseas students and the country remains open to foreign investors.

What expectations do you have regarding the coming elections?

The polls indicate that we will be the largest party and that forming a coalition with less than four parties will be impossible without us. Also, without us, all coalitions will be left-wing governments. The choice is therefore very clear.
The four-year term ahead has some major challenges, the main ones being harmony in the labour market and the greater economic picture. I have great confidence that we will be able to solve these issues and the Icelandic economy has bright prospects if somebody doesn’t go out of his or her way to wreck our success from the past four years with political opportunism or economic recklessness.

We, for our part, know where we’re going and we’re on the right way. We know we can do better in many areas, and our policy manifesto reflects this. We will keep the Icelandic economic powerhouse running, motivating businesses, individuals and entrepreneurs with tax cuts and streamlining regulation.

At the same time, we will use dividend from the banks to invest heavily in healthcare, welfare, infrastructure and education. Now is the right time to make up for lost time and fix what needs fixing in our public services. Not for individual groups, classes or regions, but for all of us living in Iceland, regardless of where we were born or brought up. For every one of us.

Thank you very much. 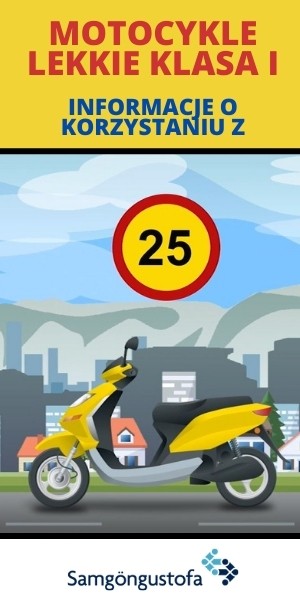